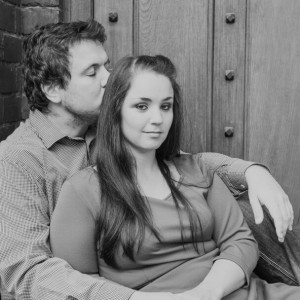 Pierre and Elzaine, both being school teachers by profession, decided to tie the knot during their school holiday, to have an awesome honeymoon after their wedding celebration.

DJ Dean SA was only booked for the reception, so arrival was scheduled for 16h00, a much shorter day than usually arriving for the ceremony at 13h00 / 14h00.

The speeches was funny, food was great, espescially the meat and the dance floor was opened earlier than usual, making for a good party.

The dance floor exploded with hits like Eden – Superhero, a classic rock ‘n roll medley from the 60’s and Pitbull ft Ne –Yo – Give me Everything tonight.

Zain Birk, trainee at DJ Dean SA, joined DJ Dean on the evening and learned a lot from the owner and founder, on this evening.

The dance floor cooled down after 22h00, after many family members left early and it was freezing cold, making the stronger beverages less popular than usual.

However, as always, we stuck to the music the couple asked us to play during their meeting with us, and people still managed to work in a few songs on the floor.

The vibe changed into more sokkie type music and classics closer to 23h00, with the commercial sets fading a bit. A vital lesson to be learned at this wedding, was that even though the dance floor faded a little in the last 90 min’s, the couple was still very satisfied and many compliments were received for the music. All my business cards were handed out on this evening, which rarely happens.

Sometimes you just need to pitch, keep everything smooth and simple and let the music play and stick to your guns. To the couple getting married this is their biggest day of their lives and you are responsible for spicing things up.

Pierre even managed to hear a few of his favourite rock tunes near the end, which made him smile from ear to ear.

It was also nice to work together with Erina from Nelson’s Creek, who recommends us on a regular basis. And we managed to catch up with another couple from a previous wedding we did, always nice to see the couples being happily married more than a year later. 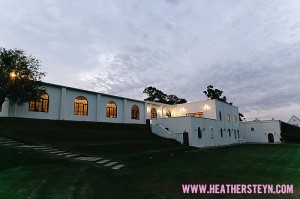 DJ DEAN SA is a professional DJ company situated in Brackenfell in the Northern Suburbs of Cape Town. We do over 400 functions per year and are the leader in the music sector of the wedding industry. Dean Hewitt, owner of DJ Dean SA, would like to extend a warm welcome to you for visiting this website and trust that you will have an exciting time ahead, planning your big function. Leave the entertainment to us...one of the main ingredients to your recipe for a successful event... Read More

Dear Maryke and Dean Thank you for adding to a great vibe during the evening of our very first Dinner and Dance evening – a great success I must add! We had marvellous feedback from all corners of the estate – every single guest enjoyed it and had a great time! So, on behalf of the DeZalze Golf Club Exco, I would like to thank you for being here with us on Friday and I look forward to build on a great relationship going forward into the future. Thank you! Kind regards Rachelle Roets …

Hi there guys   Once again thank you Hylton for providing the music for Saturday – the kids thoroughly enjoyed themselves – with everything being painted neon so that it could show up with the lights. Very impressed with the service your company provides Dean and the quality of the music. Once again thank you for being there on my daughter’s b/day and helping in making it a very good party. And I will definitely be mentioning your names to anyone looking for a DJ.   Kind Reg…

Hi Armand Just a quick e-mail to convey my utmost thanks for your service at our wedding. Your service was absolute super. If I ever need a DJ again or know of someone who need a DJ, I will refer you. Again thank you very much for your professional service, everyone were very happy with your service. Kind Regards Eric Swanepoel IT Technician @bsolute PC and Graphic Design Studio

Hi Dean Some feedback from our recent experience – Maryke was the DJ at our wedding on 23 March at Bon Amis, and boy, did she rock the party! Because a DJ can either make or break the event, choosing one was quite stressful for us. We met with Maryke and from the start, she was helpful,vibrant and full of ideas, helping to allay our fears. I can really recommend her services, as she read the crowd really well and we partied until time was up! Kind regards John and Hilary Geldenhu…

DJ Dean was extremely professional and did and amazing job at our wedding at Rickety Bridge in January 2016. He had all the songs we wanted, sound quality was great,  was very easy going with requests and had the dance floor busy all night. The background music at the reception was also excellent. We highly recommend him! Dr Kim Booysen