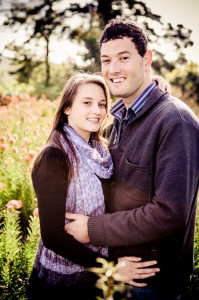 Dean Hewitt, owner and founder of DJ Dean SA first started showing an interest in music at the age of 14. He started by selling original Afrikaans CD’s to people in shopping malls over weekends. He earned R10 commission on each CD that he sold and quickly saved up a few bucks. But the thing that Dean liked most about his new venture, was not the money, but the music that he listened to when selling these products and the clients who supported him.

During more or less the same time, Dean got involved in sound and lighting at Brackenfell High School, where he would later become the head boy in 2007. Dean was also head boy of the Brackenfell Primary School in 2002, making him one of 4 brothers, who were all headboys in their respective schools during their schooling years.

In 2004 Dean made the big step and started up a DJ business, with him as the only DJ and sole owner. He only had R9 000 and no money for a laptop. He used his father’s home PC and his father transported him to various gigs across the Southern Peninsula, with a white Toyota Tazz, with Dean too young to obtain a valid driver’s license. 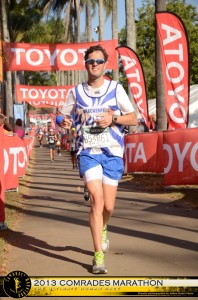 As the years went by, Dean’s music knowledge expanded and his repertoire of songs he possessed increased significantly. Dean acquired a nice Volkswagen Caddy to transport his equipment and obtained his driver’s license. Dean also started expanding his business by buying more equipment and supplying other DJ’s with bookings as the enquiries streamed in for him to play at numerous gigs.

In the meantime, Dean also started using freelance DJ’s, who used their own DJ equipment of a similar quality to those that DJ Dean used himself. This resulted in his equipment capacity growing and this was the start of the Rental Division of DJ Dean SA –

After school Dean continued with his DJ’ing over weekends and even in the week. He made a big name for himself as resident DJ of the former Presleys Cape Town and even played before crowds of +- 2 000 people. This young and vibrant man has played at over 900 venues over the last 15 years and met many of the big names in the entertainment industry. Dean studied Chartered Accountancy at the University of Stellenbosch, but his big passion has always been DJ’ing, travelling and meeting new people. 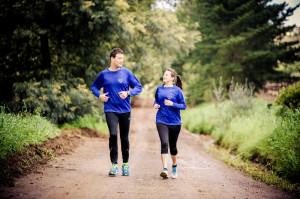 In 2014, after 10 years in the industry, DJ Dean decided to pursuit his DJ career full time. He finished two degrees, one through the University of Stellenbosch and one through UNISA. However, he decided to follow his heart and his passion. Today he wakes up every morning with a smile, answers his emails, plays his gigs during the week and weekends, spends quality time with his family, networks frequently with other service providers, spends time with his fellow freelance DJ’s and even manages to squeeze in a few minutes for road running and his parents, who are now retired.

DJ Dean has also completed the Comrades Ultra Marathon twice, the Two Oceans Ultra Marathon four times and the Fish River Canyon hike twice. He met the love of his life, Chinelle, at the Brackenfell Athletics Club, where both of them are currently members.

He is also a very popular sports commentator at road running races in Cape Town, where he has memorized well over 1 900 athletes by name.

Dean and Chinelle lives in Brackenfell with their beautiful baby daughter Liame and their energetic two pugs, Beccie & Joey.

DJ Dean – not a man of many talents, but rather one of many blessings…

One thought on “About DJ Dean”

DJ DEAN SA is a professional DJ company situated in Brackenfell in the Northern Suburbs of Cape Town. We do over 400 functions per year and are the leader in the music sector of the wedding industry. Dean Hewitt, owner of DJ Dean SA, would like to extend a warm welcome to you for visiting this website and trust that you will have an exciting time ahead, planning your big function. Leave the entertainment to us...one of the main ingredients to your recipe for a successful event... Read More

Dear Dean   Just wanted to say a big thanks for making our wedding day such an awesome party.   You read the rooms vibes and assisted with all the crazy song requests. Thank you for your hard work on the day, we really had such an amazing day and night and the music was the big cherry on top.   Even though we ended earlier than we expected it was such a blast and we can’t thank you enough for being a part of our perfect celebration.   Thank you and keep well and may your …

Hi Dean Some feedback from our recent experience – Maryke was the DJ at our wedding on 23 March at Bon Amis, and boy, did she rock the party! Because a DJ can either make or break the event, choosing one was quite stressful for us. We met with Maryke and from the start, she was helpful,vibrant and full of ideas, helping to allay our fears. I can really recommend her services, as she read the crowd really well and we partied until time was up! Kind regards John and Hilary Geldenhu…

Hi Gideon, THANK YOU for an amazing night on Saturday. The music was SPOT ON!!!! And as for the lights .PERFECT!!!!!! I loved it and the room and everything looked amazing. Everyone ha a great time and was soooooooo impressed. I have had such a great experience with your service and thank you for all your efforts. Everything was greatly appreciated. I will HIGHLY recommend you to anyone looking for a DJ!!! Keep well 🙂 Many Thanks & Kind Regards, Mistral Janion YOUR MOVE PERSONNEL (PTY) LTD…

Hi Armand Just a quick e-mail to convey my utmost thanks for your service at our wedding. Your service was absolute super. If I ever need a DJ again or know of someone who need a DJ, I will refer you. Again thank you very much for your professional service, everyone were very happy with your service. Kind Regards Eric Swanepoel IT Technician @bsolute PC and Graphic Design Studio